GESIS present on the PROMISE project in Italy 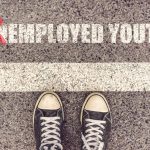 Vera Lomazzi from GESIS attended the National Conference on NEET in Milan, Italy on the 3rd and 4th November, 2016, which was organised by Fondazione Cariplo, Universitá Cattolica del Sacro Cuore. Vera presented some results from the exploratory analysis of a subgroup of NEET youths across 10 countries involved in PROMISE, focusing on levels of political activism.

The study found that NEETs are at risk of social exclusion but as with other conflicted young people, this condition does not automatically imply that they are totally disengaged. Adopting this perspective, the analyses employed pooled data from the European Values Study and the European Social Survey to assess a model in order to identify what makes the difference in terms of political activism. Considering different forms of activism (traditional, civic, protest, and propensity to activism), the analyses assess the effects of ascribed characteristics (as gender, age, origin); aspects related to the individual agency and sense of control; risk and protection factors. The model also considers the national context where the young people lived.

The research confirms that “the NEETs” belong to a very heterogeneous group that includes young people who have access to different resources, motivation, and opportunities. Regardless of the generally low participation, some of them are politically active. Those who perceive themselves to have a certain degree of control on his/her life, who can experiment with their individual agency more than the others, and who can count on a bigger human and social capital, tended to participate more. In this way he/she can keep the links with society through the dynamics of the democratic participation. Finally, the context also matters. Countries differ from one to another because of their participative culture, forms of social control, and youth policies. Further analyses should include these factors too, in more complex models.

Vera’s poster on the PROMISE project can be found in English or in Italian, and further details about the conference can be found on their website.