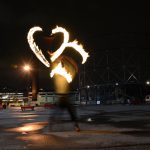 This is the first newsfeed in a series detailing case studies in our partner countries. Keep an eye out here for updates from Russia, Slovakia, Portugal, Spain, Germany, Italy, Estonia, Croatia and the UK.

Below is a brief overview about the Finnish case studies.

In the era of “prolonged youth”, young motherhood is subject to many contradictory discourses. While the trend of increasing mean ages of first-time mothers have given rise to societal worries, becoming a mother at an early age is associated in public discussions with many risks and concerns.

In the case study Young motherhood in multicultural Finland, Marja Peltola has studied how young(ish) mothers themselves see young motherhood and how they position themselves as mothers and as young women. While the research participants – 18–25-year-old young women, pregnant or mothers of 1–2 children – share a life situation, they neither form a uniform group nor share a self-identity as “young mothers”.

What is shared, instead, is a self-identity of a competent, caring mother; and to claim this position, many emphasise their maturity and adult role. The participants’ life situations, with accumulated gendered care responsibilities served to narrow down their possibilities – and partly even their wishes – to social activities outside of their homes.

Yet, the case study shows how important it is that the ideas of citizenship and social participation are not understood only as activities taking place outside of the private domestic sphere. While the participants claimed also other identifications besides that of a parent (e.g. that of a young woman, a spouse, a friend,  a student, and a worker), their activities in the domestic sphere were, in this life situation, an inseparable part of how they saw themselves as citizens and the kind of contribution to society they wished to make. 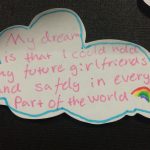 Young people and young adults’ means of occupying urban space are regulated and their creative and/or political activism is often stigmatized in the public debate. Young people negotiate and struggle over their right to the city, through occupying, inhabiting and transforming places with embodied and material means.

The key research context was a youth cultural and community centre which has its roots in underground antiracist and punk movements. Research participants were 16-30-year-old young people and young adults (male, female and non-binary) who participated in different activities at the centre, such as doing subcultural circus and queer theatre. While the life situations of the participants differed, they nevertheless shared, firstly, a distrust towards the Finnish society and decision-making, which was voiced as explicitly intergenerational.

The participants talked about lack of trust in parliamentary politics, disappointment in recent political decisions, such as cuts in the welfare sector and experiences of stigmatization on the basis of age, gender or sexual orientation. Secondly, the participants emphasized the importance of claiming an own space and creating physical and virtual communities as counter-force to the discrimination they experienced and the distrust they felt. Thus, free leisure spaces as well as other spatial occupations (such as protests and performances) became important material processes in young people’s belonging to the city.

Watch out for our newsfeed twitter and Instagram for more news on the case studies to come.