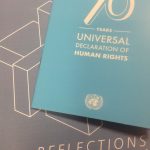 In a presentation and panel session to mark the 70th anniversary of the Universal Declaration of Human Rights PROMISE researchers discussed issues of cohesion amongst the communities of Manchester and the stigmatisation of young people labelled as ‘risky’. 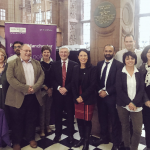 This event followed the publication of ‘On Cohesion’, featuring PROMISE findings, which provided evidence for the Manchester Mayor’s Preventing Hateful Extremism and Promoting Social Cohesion Commission.

A follow up publication ‘Reflections on Cohesion’ responded to the Commission’s report citing PROMISE findings as evidence.

These reflections were the base of the discussions with the UN Deputy High Commissioner and other policy makers and practitioners.