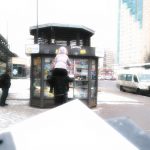 The Russian PROMISE team is  focusing on the engagement and activism of marginalized young people within the current social and political context. The research team, based in the Centre for Youth Studies at the National Research University High School of Economics (NRU HSE) in St. Petersburg have been busy working on three case studies:

Case study 1 looks at two groups of young people who are from opposing political spectrum. Yet, both groups are campaigning for the same thing: compliance of law and moral order on smoking, selling and drinking alcohol in public places, and clearing the streets of commercial sex adverts.

Despite their opposing political views, these two youth campaigning groups have much in common argues Alena Kravtsova who has been observing them for over a year. Both groups are grassroots initiatives with a big mistrust towards the state, thus keeping their distance from it. Both agree that some actions are needed to be taken ‘here and now’ and that citizens can no longer afford to remain indifferent to what is happening around them and in their city.

These observations are further underlined by a social network analysis of the VKontakte, which is a popular youth social media site in Russia. The analysis demonstrated that activists from both groups participate quite often in the same networks and on-line public forums, further highlighting their commonalities.

Case study 2: Discussions and conflicts as one of the most important elements of activism

Case study 2 is led by Elena Onegina and Olga Senkova  and looks at the grassroots LGBTQ+ and feminist initiatives, which have emerged despite and as a reaction to the conservative and neo-patriarchate turn Russia.   These activists come from very heterogeneous fields with a lot of ideological discussions and conflicts inside the community but they find common ground in their stand against state-promoted homophobia and sexism. In these communities the debates and discussions are highly attentive to and sensitive of the individual experiences, identities, and choices.

Case study 3: Not only the fight against the system, but also the development of the community 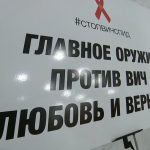 “The main weapon against HIV – love and faithfulness”

Case study 3 is looking at HIV activism in St. Petersburg and Kazan/Tatarstan and is led by Nadya Nartova, Anastasia Shilova and Iskender Yasaveev. The UN has identified Russia as having one of the fastest growing HIV/AIDS epidemics in the world which affects all population groups in the Russian society. The case study explores the reasons behind the low competence of health professionals, policy makers and the public in general to address this issue and how HIV activism campaigning groups challenge the stigma around HIV. The researchers argue that the moralizing discourse of the state and ineffective state policy construct HIV as a moral stigma, leading to discrimination, social exclusion, and self-stigmatization of HIV-positive people.

Campaigning to raise awareness of HIV/AIDS is manifold. The activity of officially registered NGOs and informal networks is focused on solving the problems faced by the HIV community and consists of various areas of work, including those at the state level and at international level.

However, for activists the key activity is their work within the community and for the community. They are primarily concerned with improving the quality of life of HIV-positive people here and now. They do this by organising activists support groups, individual counselling and support, outreach work, providing medicine in emergency situations etc. This type of activism that focuses on direct communication with and assistance to HIV-positive people gives the campaigners of such civil initiatives a sense of meaning and reinforces the importance of their work.

Watch out for our newsfeed twitter and Instagram for more news to come on the case studies.