The PROMISE National Context Reports from each of the partner countries is now available! 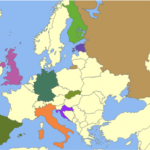 The PROMISE team has prepared a national context report based on contributions from the ten PROMISE partner countries. The report outlines the national and historical context of youth in Europe charting developments from the post-World War II period onwards. The report also covers more recent themes, trends and challenges that have been faced by young people in Europe.

Each chapter of the national report takes a unique perspective by addressing the most prevalent issue in the respective countries and provides the background for the respective ethnographic case studies that each of the partners who are conducting fieldwork are focusing on. As a result of this, the report gives a comprehensive overview on both national and local experiences of young people, youth policy and practice, media representation, and the social control of young people.

Across the diversity of experiences detailed in each of national reports, there are several commonalities and patterns that can be observed. For example, the increasing delayed transition into independence with an elongated dependency on parents, increasing complex processes of moving from education to employment, more mobility amongst young people, increased individualization, and an escalation in young people’s involvement in local political initiatives. As the PROMISE project progresses, more similarities will likely be identified. Alongside this, there are also distinct issues that relate to the respective countries, highlighting the importance of the PROMISE project’s goal of producing data that can capture the local level context as well as being comparable across the 10 different countries. The report, featuring all of the national context reports in English, can now be downloaded. A selection of reports from some of the partner countries in their local language will shortly be so remember to check our newsfeed to stay up to date with all the PROMISE project developments.